Gain access to FREE resources, products, and programs that can help you improve your business right now!!! 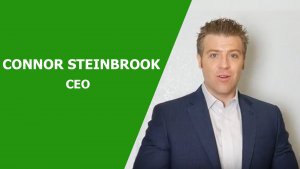 CEO of Investor Army, Connor Steinbrook, changed his life in just a few short years investing in real estate.  He went from facing bankruptcy to building a multi-million dollar company in just 3 years….a very long 3 years. Connor has decided to, and is now sharing what he learned from his struggle, to help quickly turn around new investors businesses, by giving back as he shares what he learned from his failures in his own business.

Connor is donating hundreds of hours of FREE content on his youtube channels “Investor Army” and “Investor Army Podcast” with a goal of creating financial freedom for 1,000 people in the next few years.

1000 is a special number to him because he set a goal for financial freedom and to work 1000 days straight when he started the business until he achieved it. He believes anyone can be successful in real estate if they are willing to learn the right systems and information and then rinse and repeat. Connor Steinbrook…”real estate is not a get rich quick business…..it is a get rich business…. that anyone can do if they just do the business and never give up.”

The path of many new investors is to struggle and fail as they build their business. Some get up and keep going while other’s give up. We all battle with fear and doubt as we battle each and every day as an entrepreneur on whether this business is what we were called to do. Just as everyone struggles launching their business….Connor did too fighting off bankruptcy and beating back adversity with a “broomstick” literally.  Making huge mistakes and failing his way into over $60,000 in debt with credit being cut off from every source, Connor found himself working for minimum wage at a sporting good’s store just to pay his minimum monthly payments on his credit cards.  He went from one of the top online poker players in the world for almost a decade to losing his career on April 15th, 2011 when the United States government closed the online poker sites in the US.  After years of being comfortable he was now at rock bottom wondering how life could change so fast. He foud himself taking orders from his 18 year old boss still in High School for under $10 an hr. Fun right???

He preaches and teaches persistency and self-development for a sound mind and he never gave up, even though he wanted to at times, and less then a year later he had closed 36 deals and in one week wholesaled two houses for almost $100,000 and has never looked back since. He went on to build a respected business wholesaling houses, rehabbing houses, creating and selling notes, buying rental properties, mobile homes, and even land.  Connor is a full time investor in Dallas/Fort Worth, a mentor and coach to investors around the country, and a speaker traveling to cities all over the country and sometimes outside the country helping people change their lives through investing in real estate.

He misleads nobody when it comes to the difficulty and effort it takes to be successful in this business. He worked 100 hr weeks for 6 months straight before he made his first deal happen for only $700.

His goal with Investor Army is to shorten the learning curve and speed up the process for those with the dream of being financially independent from investing in real estate. Every quarter Connor is hand-selecting a select number of individual’s to work directly with him in his 1 on 1 mentoring program.

At the same time he will continue to provide podcasts, youtube videos, and a number of resources to the community to help both new and experienced investors learn more about how to be a successful real estate investor.